In this resource, we look at the issues that the Retentions Bill hopes to solve, and look at its levels of support and progress through parliament.

Retentions in construction involve clients or contractors holding back a percentage of payments due to their contractors and subcontractors to ensure that work is properly completed. This cash (usually 5% of the overall payment) is withheld so that work meets agreed standard, and that contractors return to correct any defects that arise within a certain period (usually 6-12 months) after the project is complete.

In theory, retentions sound like a reasonable and proportionate approach for clients and contractors looking to reduce risk and ensure contractors are incentivised to complete work to the required standard. In practice, however, retentions have become something of a nightmare for contractors and subcontractors alike.

The industry has been aware of the problem for some time, and in recent years, parliament has begun to recognise the issue. A bill looking to deal with the problem was first introduced in 2017, but was shelved because of the general election.

Now a new bill is making its way through parliament - the Construction (Retention Deposit Schemes) Bill 2017-19, which was introduced by former chartered surveyor Peter Aldous MP in January 2018.

The Retention Problem
The government commissioned a report into retentions in the construction industry, called the Pye-Tait report, which was published in October 2017 (you can read the report in full, here). The research found that about 85% of clients used retentions for some or all of their contracts, with retentions less commonly used for low value and low complexity contracts.

The researchers spoke to hundreds of contractors and other construction industry representatives to study the impact of retentions on businesses.

They found that 70% of contractors who’d had experience with retentions in the past three years have had delays in receipt of the money owed, with average delays of several months, with tier 2 and 3 contractors suffering from significantly longer delays than tier 1 contractors.

Additionally, around half of contractors said that they had experienced non-payment of retentions, with this issue again worsening for tier 2 and 3 contractors.

Retentions were unpaid for a number of reasons, such as disputes, upstream insolvencies (clients and contractors going bust before the sums can be paid), and lower tier contractors choosing to write off retentions.

The insolvency issue was brought into focus recently with the collapse of Carillion, which owed up to £1 billion in retentions to their many contractors and subcontractors.

Overall, only about 1% of contract retentions are unpaid because of upstream insolvencies, but 44% of contractors had experienced this over the past three years.

The study also found that many tier 3 contractors assume they won’t receive some or all of their retentions, with them often priced into the cost of their services. Often, this was to retain a good relationship with their main contractor and therefore secure more contracts in the future.

Cash flow problems
The researchers found that most small construction businesses felt that retentions were used by clients and tier 1 contractors to boost their cash flow, or achieve a discount on the overall cost of the contract, by failing to pay back some or all of their retentions.

However, tier 1 contractors argue that they must hold retentions to offset the retentions held by their clients.

It’s clear that disputes around retentions and the role they play in construction weaken working relationships between contractors at all levels, and impact cash flow for everyone but the clients - at least directly.

Additionally, 40% of survey respondents thought that overall project costs were higher because of retentions, and nearly 20% of contractors surveyed said they increase tender prices by an amount equal to or higher than the retention. Where this practice occurs, clients and contractors alike pay over the odds for a service because of retentions, again hurting everyone’s profit margins - including the clients.

What’s the alternative?
The bill proposes introducing ‘retention deposit schemes’, which are expected to be managed in a similar way to deposit protection schemes for private tenancies. Retention money would be placed in these third party schemes, with the money unable to be accessed by either party until certain conditions are met.

If the client or contractor failed to place retentions in these schemes, the clause allowing them to withhold retention money would be invalid.

If the client became insolvent, the ring-fenced money would be safe, so that the retention could still be paid.

Similar schemes are already used in other countries, including Australia, Canada and New Zealand.

Other options include:
● Project bank accounts (PBAs). These are already in used in large public sector projects, but contractors view the associated admin work and operating costs as a significant burden.
● Retention bonds. In this set-up, a third party (a surety provider) agrees to pay the client up to the amount that would have been held in retention, if the contractor doesn’t correct defects or carry out the work as agreed. These bond are rarely used in the UK at present.
● Escrow stakeholder accounts. Client funds (usually 2-3 months’ worth of interim payments) are placed in an independent deposit account managed by a third party. If the client doesn’t make an interim payment to the contractor, the contractor can seek the funds from the escrow account. If this payment is made through the account, the client must pay that amount back into the account within a set period. This approach protects contractors from upstream insolvencies, but isn’t designed to ensure contractors fix defects.

At present, these other options aren’t a part of the Construction (Retention Deposit Scheme) bill, but could be considered in the future.

When will the changes come into force?
Not for a while. The bill’s only had its first reading, and its second reading has been delayed twice - it’s now scheduled to take place on October 26th. These delays aren’t necessarily a sign that the bill isn’t likely to pass - about a quarter of MPs have already expressed support for the bill, across all major parties, and the construction industry is almost completely united behind it.

The delays are almost certainly down to parliamentary time being dominated by Brexit-related legislation, and they could buy some more time to widen the scope of the bill to cover other aspects of payments and risk in construction.

Realistically, we shouldn’t expect these changes to retentions to come into force until 2020 at the earliest, but the strong support behind the bill should ensure this issue isn’t swept under the rug once more.

In the meantime, manage your retentions as efficiently as possible to reduce disputes and payment delays. See how Evolution M contractor accounting software can assist.

Next up: BIM for Beginners: Everything You Need to Know 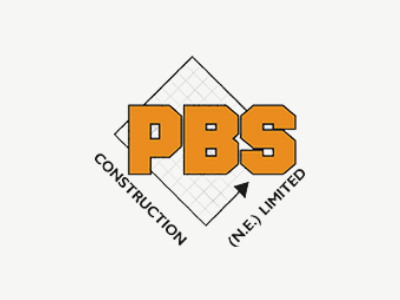 Long term client R Collard strengthen operations with asbestos management acquisition
We spent a day running through the reporting capabilities of Evolution M. The system easily catered for our day to day reporting requirements and without doubt added a new dimension to our weekly, management and job costing reporting.